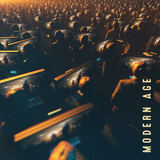 "He has had a great year really, I got a lot of admiration for this guy, he is a great musician and a great guy", Tom Simkins, BBC Intro Cambs
“An exciting Cambridge artist to look out for”, Fred Bambridge, It’s All Indie
“Expect crowds to keep coming back and bringing mates”, This Feeling
“Tom Lumley a force to be reckoned with”, The Independent
“Tom Lumley is a powerhouse to be reckoned with”, Noizze
“Honest, endearing songwriting”, Clash

Leaving behind any image of singer-songwriter in the dust, Tom Lumley and his band are gaining a reputation for taking to the stage with monumental energy that’s felt from the front row to the back of the room.

Lumley’s debut ‘Dream City’ EP, released in 2017 charted at No.2 in the iTunes Rock Charts. Lumley’s most recent release ‘Crawling’ was playlisted by The SoundLab and aired by John Kennedy, Radio X and BBC Introducing Cambridgeshire. Following on from this the 22 year old returns with addictive indie rock masterpiece ‘Modern Age’. The track is about standing up to a consumer society, a society in which anyone can buy happiness. Tom Lumley is rallying the troops against the sickness of the modern age.

Speaking about the track, Lumley explained, “For as long as there’s been a jurisdiction in place, there’s been people unhappy with how certain things are done. Some people stand up with banners at marches, some people do it with graffiti on the streets, art in galleries or in literature. We’re just a few more raising our voices, this time in song”.

Tom and his band have supported some of the UK’s hottest bands, including The Hunna, The Sherlocks, Sam Fender and Airways. Lumley also took to the stage last year to play the very last Secret Garden Party for BBC Introducing, as well as playing Dot To Dot, Splendour and Green Meadow festivals. Despite the heat of the live scene passing, Tom Lumley embarks on a seven-date UK tour this November.