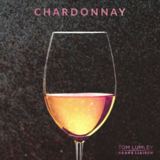 "He has had a great year really, I got a lot of admiration for this guy, he is a great musician and a great guy", Tom Simkins, BBC Intro Cambs
“An exciting Cambridge artist to look out for”, Fred Bambridge, It’s All Indie
'Another cracker from Tom Lumley' Jim Gellatly, Amazing Radio
“Expect crowds to keep coming back and bringing mates”, This Feeling
“Tom Lumley a force to be reckoned with”, The Independent
“Tom Lumley is a powerhouse to be reckoned with”, Noizze
“Honest, endearing songwriting”, Clash

Cambridgeshire creative Tom Lumley is set to release his new single ‘Chardonnay’ on 12th April via North Acre Records with later Radio impact of 24th May ahead of Tom’s first Festival appearance of the year and the first release as Tom Lumley And The Brave Liaison.

Leaving behind any image of singer-songwriter in the dust, Tom Lumley and band The Brave Liaison are gaining a reputation for taking to the stage with monumental energy that’s felt from the front row to outside the venue! Lumley’s debut ‘Dream City’ EP, released in 2017 charted at No.2 in the iTunes Rock Charts. Lumley’s most recent release ‘Modern Age’ was playlisted by The SoundLab and aired on Amazing Radio, BBC Radio Wales and with Tom Simkins at BBC Introducing Cambridgeshire. Following on from this the 23 year old returns with a new addictive alternative rock masterpiece ‘Chardonnay’ and a new band, The Brave Liaison. Says Tom of the shift from solo performer to full on band, ‘We decided to add The Brave Liaison to the name because me and boys have become a band. Their personalities and performances have massively contributed to our popularity and it tesk them way beyond the call of duty of just being session musicians. We work as a team and that needed to be recognised’.

Of the new single Tom says, ‘Chardonnay’ portrays a girl who is struggling to cope with the pressure of day to day life. Tempted by her inner demons, she turns to drinking as a way to relieve some of her daily tension. Even though she knows the drink isn’t helping her deal with the problems, she is holding on to the quick fix.’ Lumley explains that he hopes the song influences the listeners to reflect about the people around them who could be going through the very same thing and to reach out to them. Tom goes on to say that communication is the best medicine for the recovery of the mind.