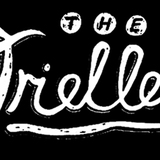 After an impressive 2014 that saw them release two critically acclaimed singles and win over fans at some of the north’s finest small venues, the outfit that were West Yorkshire’s best kept secret are set to attract yet more attention thanks to a forthcoming release and host of new shows lined up for the coming months.

Led by sisters Esme and Sidonie Hand-Halford, along with Henry Wade, The Orielles epitomise young talent. Hailing from Halifax, where the trio met at a house party, since inception they have made it their business to craft beautiful, pop-tinged rock fare that calls into mind lo-fi garage, The Beach Boys, Pixies, The Raveonettes and The Breeders, to name but four esteemed outfits you can legitimately compare them to.

One in the eye for cynics content to constantly complain about the homogenous nature of music in 2015, it’s unsurprising the troupe in question have been garnering praise from tastemakers across the UK, whether that’s NME or the folk in charge of Manchester’s much-revered rite of passage venue, The Deaf Institute. Now poised to score another hit with the double-A single, Space Doubt/Just Like Glue, arriving on Circa Music, it all points to a very exciting year ahead for the respective players. Not least considering the highly anticipated UK shows just announced to support the release, including a slot alongside Jez Kerr at the legendary Night & Day Cafe.

“The general feel of the tracks capture everything that we love about the now, everything we like about summer and playing together,”explains Sidonie. “The chorus lyrics, "Missing you comes in waves and I am drowning tonight- sun was high and I'm starting to feel so cold" don't resemble a person but represent the summer and how we miss the feeling of summer.”

“Right now we're feeling more creative than ever and are continuing to write some more surfy, garage tunes. We're at the stage where we get tonnes of great feedback at shows and amazing support from fans,” adds Esme.