TUNE The Rotanas - Figure It Out Alone 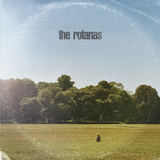 Cardiff based Gritpop group The Rotanas are set to release their latest single ‘Figure It Out Alone’ on August 7th, with distribution via Distrokid. The single will impact radio on August 28th.

2020 looked to be the year that The Rotanas finally found their stride. After recruiting new drummer Tommy Evans in January, the band released their third single ‘Scores on the Doors’ in February, which achieved network radioplay in the USA on Sirius XM, and was added to Spotify’s Hot New Bands editorial playlist. In March, the band performed a live session for Janice Long on BBC Radio Wales, and then a mere week later, their plans for the year were derailed, as so many bands’ were, due to the COVID-19 outbreak.

Having finally been able to get back into the studio in late June to record new material, the band had to do so without their new drummer, who is still shielding due to his step-sister’s vulnerability to the virus. The result was ‘Figure It Out Alone’, a stripped back offering featuring the founding three members of the band Harry Watton, James Wilson, and Aled Owen at their finest. ‘Figure It Out Alone’ is the product of songwriter Wilson’s personal lockdown experience, where he spent nearly three months on his own in his flat, only leaving to go to work, before heading straight back home. Wilson said of the single, “The track was written whilst I was in self isolation and had far too much time to myself to mull over past relationships. I learnt that I needed to let them go in a mature way, and close the chapters of my life which they were a part of.”

The release of ‘Figure It Out Alone’ is complimented by a B Side ‘Morphine’.

Both tracks were once again recorded, mixed, and mastered by Richard Jakson who has previously worked with Pretty Vicious, The Automatic, Super Furry Animals, and Jack Jones of Trampolene, and the recording was funded by BBC Horizons’ Launchpad fund.