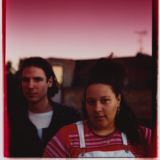 "Cohesive in a way that eludes other bands who try to meld multiple sensibilities...an excellent foray into things to come" – Stereogum

"Instantly hooking...a first taste of a band who may just own the season" – DIY

Babeheaven have premiered beautiful second single ‘Moving On’, which will see a release on October 7th via Handsome Dad / B3SCI. The band’s acclaimed debut, ‘Heaven’, saw them sell out London’s Corsica Studios, pick up across-the-board support at Radio 1, 6Music, Radio X, Beats 1 and Spotify, and open for the likes of Liss, Loyle Carner, Formation and Beach Baby. Fresh from a packed-out summer of festivals – including Latitude, Secret Garden Party, and Visions – Babeheaven have also confirmed details of their first UK headline tour (featuring London’s Bush Hall on October 11th). ‘Moving On’ – and b-side ‘Ode To Dom’ – will be available on limited edition 7” vinyl through Handsome Dad and on CD (featuring ‘Heaven’ and ‘Friday Sky’) via B3SCI.

Emotive and quietly epic, ‘Moving On’ unfolds gently from just mellow keys and singer Nancy Andersen’s soulful vocals into a rush of symphonic synths and driving, 90s-inspired beats. Lyrically, it’s no less intimate: ‘Moving On’ soundtracks the evolving and revolving ideas of a relationship, with each verse chronicling a different phase (from the initial meeting to losing your sense of self in someone else, and asking whether it’s too late to get that back). ‘Moving On’ is ultimately – say the band – about feeling that “just when you’ve got a grasp on everything, it comes back and smacks you in the face.”

Babeheaven are a unique West London five-piece with the long-standing friendship between singer Nancy and guitarist Jamie at the heart of it. They first started spending time together in earnest whilst working on the same street in Ladbroke Grove: Nancy in her grandmother’s antique shop, and Jamie in a soul-destroying stint at an organic farm store. Musically, Babeheaven’s tastes turned out to be similarly neighbouring: they bonded over a love of trip-hop, soul and ethereal, shimmering electronics (everything from Portishead and James Blake to Stevie Wonder). A typical evening spent hanging out turned into an attempt to write a song together, before ‘Heaven’ won significant early plaudits and quickly saw the band develop a strong early live following. With ‘Moving On’, Babeheaven are taking you with them further still.