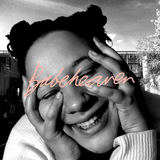 "Makes us feel not just easy, but completely euphoric…beautiful" i-D

"Cohesive in a way that eludes other bands who try to meld multiple sensibilities...an excellent foray into things to come" – Stereogum

Babeheaven have premiered new single 'Your Love' (ft Deem Spencer), which is available today via Handsome Dad. The West London five-piece also head out on a headline tour this May - featuring their biggest show to date at Scala - in addition to extensive spring dates with The Japanese House, a recent tour with Palace, and early festival confirmations such as Great Escape.

'Your Love' is Babeheaven's most bewitching effort yet: all mellow electronics, haunting strings and brooding beats, it's effectively about two people quietly accepting that their relationship is over. With a stunning delivery from singer Nancy, this time both sides of the story - neither love nor hate, together or yet apart - are suggested by the appearance of hotly-tipped Queens rapper Deem Spencer.

Babeheaven are a unique West London five-piece with the long-standing friendship between singer Nancy and guitarist Jamie at the heart of it. They first started spending time together in earnest whilst working on the same street in Ladbroke Grove: Nancy in her grandmother’s antique shop, and Jamie in a soul-destroying stint at an organic farm store. Musically, Babeheaven’s tastes turned out to be similarly neighbouring: they bonded over a love of trip-hop, soul and ethereal, shimmering electronics (everything from Portishead and James Blake to Stevie Wonder). A typical evening spent hanging out turned into an attempt to write a song together, before early singles ‘Heaven’ and 'Moving On' won significant early plaudits (and a strong early live following, with shows alongside Liss to Loyle Carner).

20th May, Brighton, The Great Escape

24th May, Oxford, The Cellar