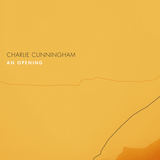 “Beautiful, yet honest song-writing with such percussive guitar playing that he truly stands out from the crowd.” - The Line Of Best Fit

“Charlie Cunningham's music is beginning to spread. On the surface, these are simple, acoustic hymns, but underneath lie more than a few complexities.” – Clash

With a burgeoning fanbase, galvanised by a trio of EPs and his captivating online sessions, London based songwriter Charlie Cunningham releases his debut album ‘Lines’ on Dumont Dumont on January 27th.

For the past two years Cunningham’s career has been on a steady upward trajectory. He’s filled venues both here and abroad – at his headlining shows or alongside the likes of King Creosote, Beirut, and Rodriguez. Selling out shows all over Europe and his only UK show to date at St Giles-In-The-Field was sold out in February earlier this year. His popularity reflected in Spotify plays in excess of 5.7 million.

It was a move to Seville to hone his guitar technique that catalysed Cunningham’s creativity. Taking the percussive qualities of flamenco, he began to thread his melodies and lyrics together producing his first EP to critical acclaim. Cunningham’s playing was sharp enough to carve songs laden with delicate flourishes, intricate melodic turns, and moments of stark introspection, songs that are both expansive and intimate.

“The whole ability to write songs is probably in a lot more people than they think. A lot of people can probably do it; it’s just hard knowing how to start,’ he admits. “I think what slowed me down was just over-thinking every possible thing. So now I know that if something feels right to just trust that.”

In terms of ‘Lines’ that start was provided by ‘An Opening’ the first track written for the album and something of a breakthrough in terms of setting the agenda and finding its producer.

Recalls Cunningham – “It was intended to be a trial track to see if we’d – Duncan Tootill and I - end up working together. After this Duncan went on to do the whole album. It’s a subtle progression in style from my EPs, but also the most electronic my music has been to date. I feel like it really sets the tone for the rest of the record.”

The lyrically confident ‘Minimum’ and vocally rhythmic ‘Answers’ compliment new avenues scoped by the record’s production. ‘Minimum’ says Cunningham “went through more changes and versions than any song I have ever recorded. It’s a direct song, which is something I think I am always striving towards.”

A self-confessed perfectionist Cunningham paid heed to his own advice when compiling the track list. “ 'You Sigh' almost didn’t make the record. It was relatively spontaneous to write so I think at first I felt it was kind of throwaway and initially dismissed it. I reckon I was put off by how easily it came together! But I grew to really like the melody, character and general simplicity of it. The song is about not being too hard on yourself, so I'm glad I took my own advice on that one.”

Cunningham wraps up 2016 with select dates around Europe before heading out with King Creosote in the UK in January and then his own shows across Europe.