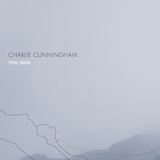 “The brilliant Charlie Cunningham … I have luckily had the record for a few days and it really is a beautiful album” Maz Tappuni, Radio X

“Lines is an exquisite piece of work” Q Magazine

“Heartfelt and wise beyond its years, this album twists its way into your soul.” MOJO


Charlie Cunningham announces the release of the new single ‘You Sigh’ from his debut album ‘Lines’, which came out earlier this year on Dumont Dumont Records. ‘You Sigh’ follows previous cuts, ‘An Opening’ and ‘Minimum’, the latter having passed 10 million Spotify streams at the beginning of this month.

With a lyrical depth that belies his age and a singular musical ability, Charlie Cunningham debut album is the music of the original life goals, comfort and solidarity, risk and reward, missteps and re-found friendship, brought to a dramatic musical stage.

Based in Seville for two years, refining his guitar playing in Flamenco’s spiritual home, Charlie has built a substantial live following across European concert halls. It’s a live draw that fills venues at home and abroad, and highlighted in over 10 million Spotify plays across his three EPs (Outside Things, Breather and Heights) and thousands of views for his captivating online sessions.

For Charlie, 2017 has been an ambitious year. His run of UK shows began by supporting King Creosote and culminated at the Union Chapel on February 23rd, before he welcomed his burgeoning following to venues across Europe in March with an interlude at Austin’s SXSW Festival. This summer he will be playing a selection of festivals, dates below.