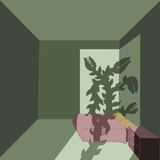 FENG SUAVE VENUS FLYTRAP “There's an infectious quality to the band that feels refreshingly genuine and basks in its simmering chilled-out vibes” - The Line Of Best Fit “I go for this!” - Iggy Pop, BBC 6 Music “Feng Suave melds experimental indie, R&B, and modern soul to create a masterful piece of ear candy.” - Indie Shuffle Amsterdam-based psych-pop duo Feng Suave create soulful indie tunes from their bedroom. Members Daniel and Daniel are both in their early twenties, and have humbly proclaimed they’re still working hard on refining their sound and figuring out their purpose for making music in the first place. Effortlessly cool, Feng Suave’s debut 4-track EP quickly and entirely organically accumulated over 15 million streams online and was unearthed by Iggy Pop himself who went on to spin the tunes on his acclaimed BBC 6 Music radio show. The duo have since gone on to find fans in Lauren Laverne, Cerys Matthews, and John Kennedy amongst others. Immediately selling out their first ever headline dates in Amsterdam and London earlier this year, Feng Suave were invited on European shows with Khruangbin and Sandy Alex G ahead of wowing crowds at their first summer festival run which included Metropolis Festival and Into The Great Wide Open. On the eve of their first full scale European and UK tour, and also recently being announced as the first artist to be invited to the prestigious Eurosonic Noorderslag festival showcase for 2019, Feng Suave are set to drop a tasty and dreamy new single - ‘Venus Flytrap’. Venus Flytrap merges their lo-fi, sensual sound with a more refined direction of songwriting to form a spectacular come-back single for the masses. As the pair explain: "Venus Flytrap is our new single, inspired personally as well as from our band experiences over last year - playing our first ever shows and releasing our debut EP. The lyrics describe a story of love, where the protagonist sings of himself as “just a bug stuck in a venus flytrap” - in which he'll eventually die. It's not that dark of a song, however the lyrics are rather sad and emotional. We wanted to share a bit of that creepy, unsettling feeling, whilst not coming across too dark." ______________________ LIVE DATES: DEC 3 2018 - Headrow House, Leeds UK DEC 4 2018 - Yes Basement, Manchester UK DEC 5 2018 - Sebright Arms, London UK DEC 6 2018 - Hall Of Fame, Tilburg NL DEC 7 2018 - Burgerweeshuis Café, Deventer NL DEC 8 2018 - Ekko, Utrecht NL DEC 9 2018 - Paradiso Noord, Amsterdam NL DEC 16 2018 - Bar Mirwaar, Ghent BE DEC 17 2018 - Pop Up, Paris FR DEC 19 2018 - La Graviere, Geneva CH Also appearing at: JAN 19 2019 - EUROSONIC NOORDERSLAG, Groningen NL