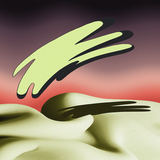 Feng Suave arm themselves with razor-sharp wit on yacht rock number ‘Toking, Dozing’ Announce new EP ‘Warping Youth’ due Summer 2020 + Confirmed for The Great Escape 2020 + BBC 6 Music support from Iggy Pop / Cerys Matthews / Lauren Laverne + Nominated for Anchor Award Reeperbahn 2019 “‘Venus Flytrap’ will rattle your heartstrings and simultaneously leave you with an intense sense of euphoria” THE LINE OF BEST FIT “gorgeous melodies lingering alongside some puzzling word-play” CLASH “mature, well executed, and generally reeks of high-quality musicianship” INDIE SHUFFLE Dutch psych-pop duo Feng Suave drop new single ‘Toking, Dozing’, lifted from their upcoming EP ‘Warping Youth’, due Summer 2020. The Amsterdam-hailing ensemble is one-part Daniël Schoemaker, one-part Daniël de Jong. Walking the line between Bill Withers-esque ‘70s soul and quarter-life crisis bedroom pop, they released their self-titled debut EP in 2017 which featured singles ‘Sink into the Floor’ and ‘Honey, There’s No Time’, and followed with a standalone track in 2018 ‘Venus Flytrap’, and have totalled 70mill+ streams to date and 370k monthly listeners on Spotify. Feng Suave are as well-versed with the greats as with current contemporaries like HOMESHAKE or Unknown Mortal Orchestra. Like a resulting lens flare, these influences of the old and new refract and form their own heavily evocative and hazy marque of hypnagogic pop. Their previous releases saw them championed by Iggy Pop, Cerys Matthews and Lauren Laverne on their BBC 6 Music shows during their tour with Khruangbin, and in 2019, the band found themselves being nominated for Reeperbahn’s Anchor Award, of which other nominees includes; Matt Maltese, Shame, Parcels and Celeste. On the new single, Feng Suave lament the drastic death and destruction of our planet, framing themes with yacht rock-esque laziness. They confess both theirs’ and others disconnect with the overarching issues facing the world today: “Often, lyrics are about the terrible things that happen in the world, but at the end of the day, most people only care about what affects them directly. Either way, dolphins are dying, deforestation is happening at the rate of a football field per second, there’s war and famine; the list goes on… but people are removed, they’re just toking, dozing, ‘cause they can’t find a way to really care, and why would they with their own stuff going on? It’s about the conflict between caring for your own mental and physical health, whilst still being attentive to the bigger picture and caring about the wider world.” Vaulting their original brand of bedroom-pop and arming themselves with razor-sharp wit on some of the themes on the forthcoming EP, Feng Suave are both lyrically intimate and sardonic. On their sophomore extended-play, the band said; “We aimed at distancing ourselves from the contemporary ‘bedroom’ sound of our first releases and tried to stay true to the music we like, listen to and admire the most; more organic-sounding, classic songs. Thematically, the songs are about coming of age and the directionless wandering through adolescence that comes with it.” The band play The Great Escape on May 14th 2020, prior to the release of the ‘Warping Youth’ EP, which drops this Summer; date TBA. D I S C O V E R https://open.spotify.com/artist/73dudJ9j0HStIhJDU8MjMI?si=yw2NC2BmRAGXwlYkl0JcYA https://www.instagram.com/fengsuave/ https://twitter.com/fengsuave https://www.facebook.com/fengsuave/