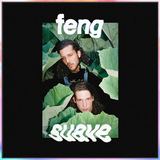 - as featured on Iggy Confidential show on BBC 6 Music -

Feng Suave, or 'Smooth Wind', [| ˌfʌŋ ˈ swɑːv |] are a Dutch psych-pop duo from Amsterdam, Netherlands. After dropping a few tracks on the internet at the end of 2017, the pair created such a buzz, tallying up 3million + online plays and placements across various tastemakers on YouTube, Soundcloud and Instagram alike. Within the Feng Suave sound, the warbles of warm synth work team up with lo-fi percussions and chilled-out vocals, not to mention the sea-sick and stoned guitars that layer within the music smoothly.

In their debut track, ‘Sink Into The Floor’, the duo showcase their signature sound, with a slow vibe of funky bass, intimate falsetto vocals mixed with their retro shuffled keys, chorus-drenched guitars and an overall classic songwriting style. Whilst hitting 2.8million+ with online plays in a short amount of time and gaining a good bunch of organic fans, they begin to plan to release a debut EP.

The second track ‘Honey, There’s No Time’, the two-some throw some psyche jam onto their toast, showing off their 70s influences and resulting in a lo-fi duet that’s reminiscent of Allen Stone or the more common Homeshake. Racking up more than 100,000 plays alone on their Soundcloud and 1.8million on the infamous ‘alona chimeras’ YouTube channel, Feng Suave proved they’re not just a one-hit hype machine.

In ‘By The Poolside’, as the name suggests aptly, the watery melodies and beautiful arrangements take a dip into a sonically pleasing array of Feng Suave’s aural universe, causing more waves for the band.

In another track, ‘Noche Oscura’, the delicate strum of their nylon guitar floats alongside their sensual vocals, colliding and merging with vintage sounds such as Mellotron flutes and crystal bells. The result? A rather sultry love song.

The band have sold out two hometown shows in Amsterdam, within 30 hours of going on sale, and have already supported acts Khruangbin, Tora and Sandy (Alex G), as well as playing the Gransapolsky Festival in NL.

With such a natural, organic rising within the soundscapes of the modern music world, Feng Suave showcase their ability to create such mind-altering music that sets them up for their forthcoming releases and for a very strong and established near-future.

They recently performed several shows in Amsterdam and London, all of which sold out, with their London performance selling out a month in advance. More dates TBA soon.