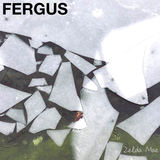 Out now Via Goldun Egg Records

London based, singer songwriter FERGUS, releases new single ‘Zelda Mae’, the first single from his second EP ‘Three Of Swords’ due for release May 2019 via Goldun Egg Records.

Speaking about the track FERGUS said:

“Zelda Mae is about giving up on someone and, in doing so, finally breaking out from under their spell. Waking up from a trance and realising what you were putting yourself through, and everything that cost. Giving up can be the hardest thing to do and Zelda Mae is a release of months of hurt and sheer frustration; it’s triumphant in its sadness - a silver lining on an overcast day.”

'Zelda Mae' is another deeply personal track as FERGUS continues to soul search and purge himself of negativity through music. The artist's talent for stirring emotive songwriting continues to evolve in this heart-rending song, a reflective brooding vocal, glides over melodic guitar rhythms and the rich timbre of deep cello, gathering pace and intensity as Fergus pleas for peace of mind. Produced by Jake Gosling (Lady Gaga, Ed Sheeran, The Libertines), ‘Zelda Mae’' is drenched in alluring textures throughout.

The release of ‘Zelda Mae’ is the opening of a new chapter for FERGUS, we can expect to see more attitude and a bolder sound from his second EP. Previous EP, Purple Road garnered support from Radio X Communion, BBC Introducing, Soho Radio, Clash, Songwriting Magazine and Atwood, to name but a few.

FERGUS will release further music throughout 2019, perform a series of intimate live shows at Cocoa Vaults, Covent Garden from April 5th and plays the Cornbury Music Festival in July.

“The newcomer's work gets under your skin, gradually pushing its way past your defenses, overpowering your emotions. From that soft, stark delivery down to the trickle of electronics, FERGUS has developed a potent, highly individual style all his own.” Clash

“Out of the depths of an ethereal synth haze comes FERGUS’ gentle and solemn vocal.” When The Horn Blows