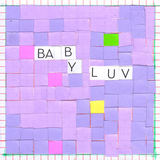 NILÜFER YANYA REVEALS NEW SINGLE 'BABY LUV' ADDS FIRST U.S. DATES TO TOUR "Londoner Nilüfer Yanya makes pop that's warm and wise." The FADER "captures that specific feeling of having fun and getting high but knowing it won't last" Noisey "This is new music, post-post-punk, with some new wave guitar shimmer, the lazy vocal cadence of snotty young rappers, and hints of jazz wafting." Pitchfork 22 year old Londoner Nilüfer Yanya today revealed her new single ‘Baby Luv’ -- her first release since the acclaimed Plant Feed EP in July. The single will be released on Blue Flowers Music in the U.K. and ATO Records in the U.S.A. Nilüfer has also just announced her first ever North American shows at New York’s Mercury Lounge (14 November) and Los Angeles’ Masonic Lodge at The Hollywood Forever Cemetery (16 November). Emerging in 2016 with her debut EP Small Crimes, Nilüfer Yanya has gone on to establish herself as one of the most promising British songwriters and guitarists of her generation. Nilüfer’s 2017 follow up EP, Plant Feed, proved her breakthrough moment with Pitchfork crowning her a 'Rising’ artist, MistaJam selecting her as a 'New Name’ on BBC Radio 1 and Broken Social Scene, Everything Everything and The XX all handpicking her to perform as support at their headline dates. Speaking of ‘Baby Luv’, Nilüfer said, "I'm still working out what this song means exactly. There's a lot of questioning going on , I keep asking myself the same question- but it has a different meaning each time I ask it and which I still don't have an answer for.” Nilüfer will announce a new project in the coming weeks ahead of her first U.K. headline tour -- which includes her biggest headline show thus far at London’s Omeara on 16 October as well as dates in Bristol’s Louisiana (17 October) and Brighton’s Hope & Ruin (18 October). Outside of her solo work, Nilüfer also runs a charitable organisation, Artists In Transit, along with her sister Molly Daniel -- who also co-directs Nilüfer’s stunning DIY videos with her boyfriend Patrick Chamberlain. Artists In Transit aims to assist displaced people entering Europe through arts and music lessons and is funded in part by a zine, My Friend, created by the sisters. Supported extensively by Pitchfork (''Golden Cage', Best New Track' and 'Rising'), The FADER, i-D ('Class of 2017’), Wonderland ('New Noise'), Pigeons and Planes, The Line Of Best Fit ('Ones To Watch 2017'), Loud And Quiet, NME, DIY ('The Big Neu Thing'), The Sunday Times ('Breaking Act'), The Observer ('One To Watch') and a host of DJs including Annie Mac, Huw Stephens, Lauren Laverne, Steve Lamacq and Matt Wilkinson, Nilüfer has confirmed herself as a singular, exceptional, and in-demand new talent. See Nilüfer Yanya at the following live dates: 7 October | Neighbourhood Festival, Manchester 12 October | Garajistanbul, Turkey 16 October | Omeara, London 17 October | Louisiana, Bristol 18 October | Hope & Ruin, Brighton 3 November | Iceland Airwaves 14 November | Mercury Lounge, New York 16 November | Masonic Lodge @ Hollywood Forever Cemetery, Los Angeles