TUNE Prince Josh - It's All The Same 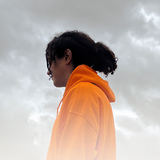 
Prince Josh announces his debut solo LP entitled ‘The Joy’, with the first taste of the new record in the form of ‘It’s All The Same’.

Speaking about the new single, Josh says: “It's All The Same was the last track recorded for the album. I wanted to make a Chicago house track to play out when I was DJing. The bassline is loosely inspired by Ally Us ‘Follow Me’. This was my first time making a track specially for the dance floor.”

Prince Josh (fka Healings), born Josh McIntyre, is a producer, songwriter and DJ based in Toronto, Canada. He is best known as half of the electronic pop duo Prince Innocence with singer Talvi Faustmann.

In 2009 he released his debut album, ‘Concepts’ (Paper Bag Records) under the name Little Girls gaining critical acclaim from The Guardian, Pitchfork and was featured on the cover of Now Magazine. He released further music as Little Girls on Captured Tracks, Mexican Summer and Hand Drawn Dracula.

Josh has produced for artists such as Hodgy Beats, LA timpa and a number of songs on Cold Specks 2017 album ‘Fools Paradise’ (Arts & Crafts). He has scored music for documentaries on Virgil Abloh and Tau Lewis and created original music for campaigns for MAC Cosmetics, Vice and Canon Cameras. In 2018 he scored the feature length film A Kid From Somewhere.

Prince Innocence released their debut EP ‘Lapse’ in 2013 and ‘Blue Star’ in 2019. They have been featured in Gorilla Vs Bear, V Magazine, i-D, Jalouse Magazine and Exclaim! to name a few. They have also shared the stage with MØ, Jamie XX, Mac Demarco, How To Dress Well, and Homeshake.

After releasing a string of solo singles and mixes for publications such as i-D, SSENSE & THUMP, as well as artists including BBC Sound of 2019 nominee and James Blake collaborator Rosalía. Josh began working on his debut LP 'The Joy'. Combining elements of house, downtempo and global club sounds ‘The Joy’ represents Josh’s vast musical palate while maintaining a singular sonic vision. Steeped in the colours yellow and grey, ‘The Joy’ captures a rare glimpse into the mind of the artist; music for headphones and the club.

Speaking on the album, Josh says: "’The Joy’ was recorded between 2017 and 2019 in Toronto, Canada. Combining elements of house, downtempo and global club sounds ‘The Joy’ represents my vast musical palate while maintaining a singular sonic vision. Originally called ‘939’ and clocking in at just under ten minutes the album started to take on a life of its own when I started digging for samples in the loneliest corners of YouTube. I became fascinated with these characters who were uploading daily videos on their lives to zero views, until I started watching. Vlogs on friendship, depression and love became the voices that brought my tracks to life. These voices allowed me to express myself without ever having to open my mouth. The album also features collaborations with Yves Jarvis, LA timpa, Harrison and Romy (Tasseomancy).”