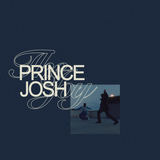 Exploring a plethora of emotions, the album moves through a variation of experiences. The single ‘​The Joy​’ is a euphoric cut capturing a specific feeling: “​the feeling you get when everything, for a split second, is perfect. Whether it’s the beginning of a night out with friends or that moment on the dance floor when the music is perfect and nothing else matters,​ ” Josh describes.

A singular sonic vision fusing together his love of global beats, downtempo and hip-hop, the LP is a consolidated introduction to his dynamic personal sound. 'The Joy'​ was recorded between 2017 and 2019 in Toronto, Canada. Originally called '939', the project clocked in at just under ten minutes. Josh​ ​explains how “​the album started to take on a life of its own when I started digging for samples in the loneliest corners of YouTube,​ ​I became fascinated with these characters who were uploading daily videos on their lives to zero views, until I started watching.” The album now consists of stories that Josh​ ​related to, being told by complete strangers: “​Vlogs on friendship, depression and love became the voices that brought my tracks to life. These voices allowed me to express myself without ever having to open my mouth.” This is combined with the personal element of working with his close collaborators ​Yves Jarvis​, ​LA Timpa​, ​Harrison​ and ​Romy Lightman ​(of Tasseomancy).

Previous single, the solemn trip-hop track ‘Blood’, features Josh’s cousin Yves Jarvis and close collaborator and friend LA Timpa. “​I wanted to connect the dots between blood relatives and friends and what it means to be a “family”. The song was recorded at Easy Life Studio in a single night in Toronto. What transpired that night is nothing short of a miracle.”​

Best known as half of the electronic pop duo ​Prince Innocence​ with singer Talvi Faustmann, they released EP ‘Blue Star’ last year with support from ​Gorilla Vs Bear​, ​V Magazine​ and ​i-D​ to name a few. The duo has shared the stage with the likes of ​MØ​, ​Jamie XX​, ​Mac Demarco​, ​How To Dress Well​, and ​Homeshake.


On the video for 'The Joy', Prince Josh says: "Two years ago, Paul Johnston reached out to me with regards to shooting a music video for my song 'The Joy'. After almost a year of email correspondence, the project evolved into something totally different - a mini documentary featuring dancers and DJs talking about what "the joy" means to them, a love letter to the moments we all shared together. The video resonates now more than ever, hopefully we can all reconnect on the dance floor soon. Thanks to everyone who helped make this happen."

Director of the video, Paul Johnston says:
“As there were no lyrics in the song, my initial idea was to pair it with the voices of real party kids; dancers and DJs talking about what ‘the joy’ is to them,” says Johnston. “It’s something I've always struggled to express without falling into clichés or self-deprecating jokes. Toronto is not an easy place to throw parties where people can be themselves, so I wanted to hear people talking from the heart about what they find joy in.”

The film features a cross-section of characters, including local and internationally recognised musicians, young boys trying to forge a new identity for themselves, and a veteran DJ who has stepped away from the limelight to raise his daughter.

“Many video projects capture the world of raving with a sense of fantasy, but I took this as an opportunity to express it in a more grounded and honest way,” says Johnston. “While each person has a unique background and perspective, their shared emotional experience is what becomes the focus of the film. The Joy is about fellow misfits coming together to find freedom, community, and belonging.”