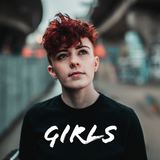 “I don’t ever wanna be another one of those girls.”

- Featured in New Names on Future Sounds on BBC Radio 1 -


“Delicious pop music, it's infectious and charming in all the right places.” - CLASH Magazine

“A genre-defying, acerbic yet also jubilant gem of a song from an extraordinary artist.” - Gary Lightbody, Snow Patrol

Fresh from winning the ‘Oh Yeah Contender Award’ for Best Emerging Act at the 2018 Northern Ireland Music Prize, opening for Snow Patrol on their UK arena tour in January and playing shows on 3 continents in 3 months, the 20-year-old electro pop artist ROE has now released her shady summer soundtrack, ‘Girls’.

“There is so much pressure to be perfect these days, especially in a world controlled by social media. We look at stunning models with gorgeous hair and makeup that seem to be having the time of their lives every day, when for most of us this isn’t a reality. Girls is about changing the goalposts on social expectations and accepting yourself for who you are no matter what flawless content you see online. We are all individuals, we are all perfect and we owe it to ourselves to own that.”

The new release comes at the beginning of a busy year for the young songwriter. She kicked off the year with radio spins on Huw Stephens “BBC Introducing tips for 2019” on Radio 1, was announced as one of the key artists on RTE2FMs 2019 “Rising”, performed her first shows in the US at SXSW 19, and has some huge supports coming up with Snow Patrol, Kodaline, Tom Odell and The Coronas.