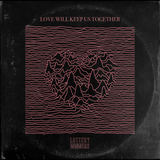 Love Will Keep Us Together

THE LOTTERY WINNERS RELEASE NEW SINGLE ‘LOVE WILL KEEP US TOGETHER’ STANDALONE SINGLE IN HONOUR OF CHARITY ‘BEELIEVE’ TO HELP THOSE ALONE OR ARE STRUGGLING DURING THE COVID-19 CRISIS LIMITED VINYL RUN FOR RECORD STORE DAY OUT 20th JUNE Watch the Video HERE Lottery Winners have shared their new standalone single ‘Love Will Keep Us Together’. The track is digitally released today and the vinyl format will be available on the newly re-scheduled Record Store Day, 20th June. Released as this period of national lockdown began, their top 20 self-titled album, Lottery Winners, landed them in the top ten national Vinyl, Indie and Midweek charts. They should have been celebrating with their largest UK tour to date, but with that now rescheduled to the Autumn (details below) Lottery Winners have focused all their boundless energy into helping those in the local community who are affected by the repercussions of the coronavirus via a campaign lead by Andy Burnham, the Mayor of Greater Manchester. Their brand-new tune ‘Love Will Keep Us Together’ is a timeless song of hope that so aptly reflects the challenges we now face. The verses talk of the tough times we all share, and the choruses ring with warmth and love for that which really matters. Profits from the record release will go to the Beelieve campaign, a pool of mental health charities from across Greater Manchester (www.gmcvo.org.uk/Beelieve). Their work is at the heart of communities who are seeing new issues emerge as people try to cope with the complex social and psychological distress that Covid-19 and isolation bring. The collaboration between Lottery Winners and Beelieve captures the spirit of Greater Manchester to support individuals, families and communities now and into the future. The charities will provide emotional, therapeutic and practical help when and where it is needed. Donations can be made directly to Beelieve via a donation button on the band’s Spotify & Facebook pages. Says Andy Burnham: “I’ve been watching Lottery Winners for years and what they’re doing by donating their profits to Beelieve is an amazing gesture. However, I’m not surprised they’ve done this because this is the kind of people they are. I hope the public will get behind them and buy their single, especially as they’re launching during this difficult time when they can’t promote it in the way they normally would. I wish them every success with it”. Frontman of Lottery Winners Thom Rylance said “Although this song was recorded a few months ago, I think the message is more prevalent now than ever. It’s a song of positivity about the power of connection during bleak times. We wanted to donate all of the proceeds for the single and the merchandise to Beelieve in Greater Manchester, because we think what they’re doing is really important.” To accompany the new single the band will make available a limited run of tees, hoodies and prints featuring the artwork of ‘LWKUT’ that will exclusively be available from their online store for the duration of the lockdown. All profits from Love Will Keep Us Together merchandise will be donated to Beelieve. The band’s store is here: https://the-lottery-winners.tmstor.es. Social media has become more important than ever for musicians this Spring, with even Bruce Springsteen and The Rolling Stones performing shows from their home. Lottery Winners have taken their online presence to another level, launching their very own TV channel! LWTV features a regular series of online gigs, challenges, songs, quizzes and general entertainment. Andy Burnham, the mayor of Greater Manchester will join the band on LWTV for an interview live on Sunday. The level of creativity and hard work going into producing quality and engaging content is quite something. The band have even produced their own Ceefax/Teletext guide to What’s On LWTV this week. Check it out HERE. In support of their debut album, the band recently announced details for their rescheduled headline tour throughout October and November 2020. The 12 date tour kicks off in Birmingham on the 29th October, and includes their biggest ever show to date at Manchester Ritz on 31st October. Dates and details are below: RE-SCHEDULED TOUR DATES OCTOBER 29th Birmingham The Castle & Falcon 30th Leeds The Key Club 31st Manchester The Ritz NOVEMBER 11th Nottingham Bodega 12th Milton Keynes Crauford Arms 13th Southampton Joiners 14th London Lexington 15th Brighton Prince Albert 17th Sheffield Leadmill 18th Newcastle Think Tank 19th Hull Polar Bear 20th Wigan The Boulevard Self Titled Debut Album OUT NOW Via Modern Sky UK Lotterywinners.Co.Uk