TUNE Vök - In The Dark 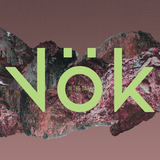 New Album 'In The Dark' Out Now via Nettwerk

“‘Erase You’ is magnetic, a dance anthem that lulls listeners into a dreamy state” - Ones To Watch

“Led by the supremely talented Margrét Rán...gentle melodic muscle, so much excellent saxophone” - The Line of Best Fit

“the hype around Margrét Rán and co isn’t the result of any high school hangover but in fact completely justified.” - Clash

“Easy-listening songs that have unexpected, plunging depths.” - Consequence of Sound

“I don’t know what’s not to like...shivery, on-the-brink vocals, a sliver of sax…” - Noisey


Indie electronic dream-pop trio Vök released the punchy, atmospheric title track to their sophomore album 'In The Dark', out now via Nettwerk. Earmilk premiered the single ‘In The Dark’, which frontwoman Margrét Rán explains "is about overcoming your fears and self doubts. I’ve always been a little bit afraid of the dark so I used that as a metaphor, like your trapped in a dark place and your mind is poisoning your thoughts by telling you that there's something out there watching you. But the fact is that just in your head, our mind loves to playing tricks on us so you keep on being stuck in the loop of fighting your own thoughts. The only way to win is to get out there and stop hiding.”

'In The Dark' follows previous album singles 'Erase You', 'Spend The Love', 'Night & Day', and 'Autopilot', which have garnered over 1 million streams collectively across platforms in just the past few weeks. The trio are on the heels of a string of highly successful live dates, including their U.S. debut with several concerts in select cities promoted by Taste of Iceland and in partnership with WFUV and KEXP, as well as their live performances at this year’s Iceland Airwaves Festival in Reykjavík.


'In The Dark' is an eleven track collection written and recorded by Margrét Rán and Einar Stef in collaboration with UK producer James Earp (Bipolar Sunshine, Fickle Friends, Lewis Capaldi). The LP sees Vök exploring their pop sound even further than before, creating their most immediate sounding and most accessible album yet. Recorded in Vök's home studio in Reykjavík and in Notting Hill, London in early 2018, each song on 'In the Dark' has its own definable character or theme, from 'Night & Day'’s obsession to 'Autopilot'’s crushing disappointment. Vök’s critically acclaimed 2017 debut album ‘Figure', released via Nettwerk (Angus & Julia Stone, Boxed In, The Veils) recently won Album of the Year in the 2018 Icelandic Music Awards and has received praise from the likes of Noisey, The Line of Best Fit, The New York Times, Clash, Stereogum, and more. Prior to that, their debut EP 'Tension' was recorded under local Icelandic label Record Records, followed by their second EP ‘Circles' - both of which were met with glowingly positive reviews and key tastemaker support. To date, they’ve garnered over 15 million streams across platforms, have 370,000 monthly listeners on Spotify, and have hit #1 on Hype Machine for their popular single 'Breaking Bones'.