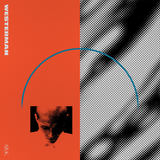 Westerman announces Ark EP shares first cut Albatross “Westerman’s songwriting takes in the tumult of a whirring mind and turns it into music that has the power to soothe modern anxieties, if not solve them”. Pitchfork Rising “…unafraid to drag his alt-pop wizardry to imaginative new places.” Noisey ““...manages to delicately balance melodic complexity and a variety of different instruments in a way that sounds not just easy, but effortless” Dazed West London’s Westerman will release ‘Ark EP’ on November 9th with a first cut ‘Albatross’ being shared today. “'Albatross' is set on a lake in my mind where I go to escape the worries of day to day existence,” he explains of the EP’s lead track. “It's a more innocent and natural place. There is a growing impingement on that place as time starts to feel like it moves faster, and more demands emerge. The song looks at that threat both to the physical environment and our own psychology through the inevitability of an ever changing landscape.” Until now, we’ve been offered momentary glimpses in to Westerman’s world. Since releasing the sparse and charismatic debut EP Call and Response, he has gradually been burning a hole through the fabric of atmospheric pop with his dulcet tones and blend of magical-realism. With nods to leftfield forbearers Nick Drake, David Byrne and Arthur Russell, Westerman’s music “has the power to soothe modern anxieties, if not solve them” (Pitchfork). Described as a “modern sophisti-pop miracle” (Spin), February’s breakout single ‘Confirmation’ saw Pitchfork name it their Best New Track and Gorilla Vs Bear 10thbest single of the year (so far). A string of singles furthered to impress; ‘I Turned Away’, ‘Easy Money’, and a timely song about megalomania ‘Edison’ (as performed for Colors) ensured profiles in DIY, Highsnobiety, Dazed, Clash, BEAT, Stereogum, Noisey and FADER, champions in Lauren Laverne, Matt Wilkinson and Huw Stephens. Singled out among others as buried treasure in The Guardian’s Latitude review, other summer performances at Green Man and support tour with Dirty Projectorsposition Westerman as one of London’s most exciting emerging artists, earning equal respect from his peers. Soaring up through dreamy falsetto and dipping into pools of thought through organic fret squeaks, opening track ‘Albatross', sits at Ark’s core. A sonic architect engineering other worldly spaces for every idea to exist within, Westerman’s collaboration with producer Bullion is at the heart of the EP’s mood; “After ‘Albatross’ a lot of ideas came very quickly, I just tried to follow all of them while they were still really fresh. It was an intense process with little sleep and very little contact with anyone or anything.” Written over a 3-day period, it’s only when listened to as complete work that its true meaning reveals itself. “I'd been travelling a lot more than I'm used to and was really stealing time to write,” he remembers. “I had this brief window to go into myself and try to make sense of the shifts that were going on around me and I wrote ‘Albatross’.I think the feeling of retreating from a hectic external schedule influenced how I wrote it. I wanted the recording to feel looser than the tracks released earlier this year because the music was so new and vital when we recorded it. There hadn't been so much of the re-drafting and editing I usually go through, so I wanted that to be mirrored in the production.” With an album in the works, Westerman has been biding his time waiting for the opportune moment to make his mark. Now, readying his next tour – which includes US and European dates, slots at Reeperbahn and his largest headline show to date at London’s Oslo, the next phase in his evolution is now. “Ark is a symbol of solace and of transition,” he says. “I wanted this music to feel empowering as a challenge to my usual rhetoric and hopefully this set of tracks can provide that for the listener.” Ark EP is out on the 9th of November on Blue Flowers and ‘Albatross’ is out now. Westerman full tour dates below – tickets here 03 Oct, Whelan’s, Dublin, Ireland 10 Oct, The Cellar Bar, Oxford 11 Oct, Heartbreakers, Southampton 12 Oct, The Crofters Rights, Bristol 13 Oct, Clwb Ifor Bach, Cardiff 16 Oct, Hyde Park Book Club, Leeds 17 Oct, Now Wave Venue, Manchester 18 Oct, Oslo, Hackney, London 30 Oct, Pitchfork Avant-Garde Festival 31 Oct, Trefunt, Gent, Belgium 01 Nov, Sugarfactory, Amsterdam, Netherlands 02 Nov, Maze, Berlin, Germany 01-03 Nov, Noisey Festival. Copenhagen, Denmark 27th Nov, Elsewhere, Brooklyn, NY, USA 29th Nov, Moroccan Lounge, LA, USA